This gem is a title that should be on every Catholic bookshelf. With Latin in the Service of the Popes. The Memoirs of Antonio Cardinal Bacci (1885-1971) is a little-known treasure that offers an extremely important glimpse into the role of Latin in the life of the Church. Cardinal Bacci was a renowned papal latinist who offers keen insight into the reality of Latin as the linguistic bond of the Roman Church, both in liturgy (and music), but also as the administrative language of the universal Church. I would say Cardinal Bacci’s memoirs are a must read for anyone with an interest in the use of Latin.

Read the full review of the book by John Paul Sonnen here. 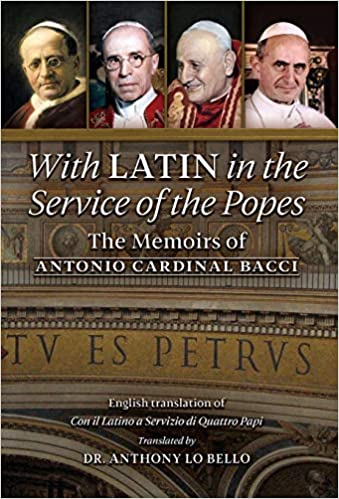