The crisis of the liturgy is at the heart of the crisis of the Church. If in the liturgy we no longer put God at the center, then neither do we put him at the center of the Church. In celebrating the liturgy, the Church goes back to its source. All its raison d’être is to turn to God, to direct all eyes towards the cross. If it does not, it puts itself at the center; it becomes useless. I believe that the loss of orientation, of this gaze directed towards the cross, is symbolic of the root of the Church’s crisis. Yet the Council had taught that “the liturgy is mainly and above all the worship of the divine majesty.” We have made it a flatly human and self-centered celebration, a friendly assembly that is self-aggrandizing.
It is therefore not the Council that must be challenged, but the ideology that invaded the dioceses, parishes, pastors and seminaries in the years that followed.
The trivialization of the altar, of the sacred space that surrounds it, have been spiritual disasters. If the altar is no longer the sacred threshold beyond which God resides, how would we find the joy of approaching it? A world that ignores the sacred is a uniform, flat and sad world. By ransacking our liturgy we have disenchanted the world and reduced souls to a dull sadness.
(…)
While Sacrosanctum Concilium has repeatedly recommended the conscious and active participation and even the full intelligence of the rites, it recommends in one movement the Latin language prescribing that “the faithful may also be able to say or to sing together in Latin those parts of the ordinary of the Mass which pertain to them.”
Indeed, the intelligence of the rites is not the work of human reason alone, which should grasp everything, understand everything, master everything. The intelligence of sacred rites presupposes a real participatio in what they express of the mystery. This intelligence is that of the sensus fidei, who exercises the living faith through the symbol and who knows by attunement more than by concept.

The liturgy is Christocentric; it is the action of Christ offering himself to the Father. As the action of the Body of Christ, the whole church offers it, it is in that sense anthropocentric; but, being offered to the Father, it is more importantly theocentric. The synthesis of the two poles is centered upon Christ, true man and true God.
As sacred liturgy, the Mass has a transcendent object—almighty God—and an ultimate goal—happiness with him. But since the liturgy takes place in the here and now, these aspects of transcendence must be expressed in human terms, using human means. Two of the means, space and time, give rise to two important aspects of liturgy—the stance of the priest at the altar and sacred music.

Sacred things need to be differentiated, so that one kind can be distinguished from another, and so that the more sacred can be perceived as distinct from the less sacred. Thus by spatial differentiation the eastward direction is priviledged over other directions, and the image of Christ over other images.
Time is also used in the liturgy to differentiate the sacred, in kind and degree, and to express the transcendent, particularly through music, the pre-eminent art of time. Important times of the day, Lauds and Vespers, are emphasized by receiving services with more music and slighty more elaborate music. Each day is distinguished from the others by different pieces of music (propers), and the major days easily become associated with their propers. Especially Holy Week and Easter are distinguished from the rest of the year by their unique music.
Likewise music contributes to the sense of the sacred by structuring the time of the the rite it accompanies. By being based upon a sacred text, set to a sacred melody, performed for the duration of a sacred rite, it projects the sense of the sacredness of the rite itself, and extends this in time; the time of the rite by itself would be amorphous, but the addition of music expresses the purpose of the rite by giving it a temporal shape and direction.

What orientation and music have in common, then, is addressing the transcendent: ad orientem by being a part of a notion of space that is itself transcendent, that is, it is directed to East, not as a geographical direction, but a transcendent one; and Gregorian chant by avoiding the emphasis upon the regular passage of time that is oriented to transcending earthly time and indicating or intimating heavenly time, eternity. 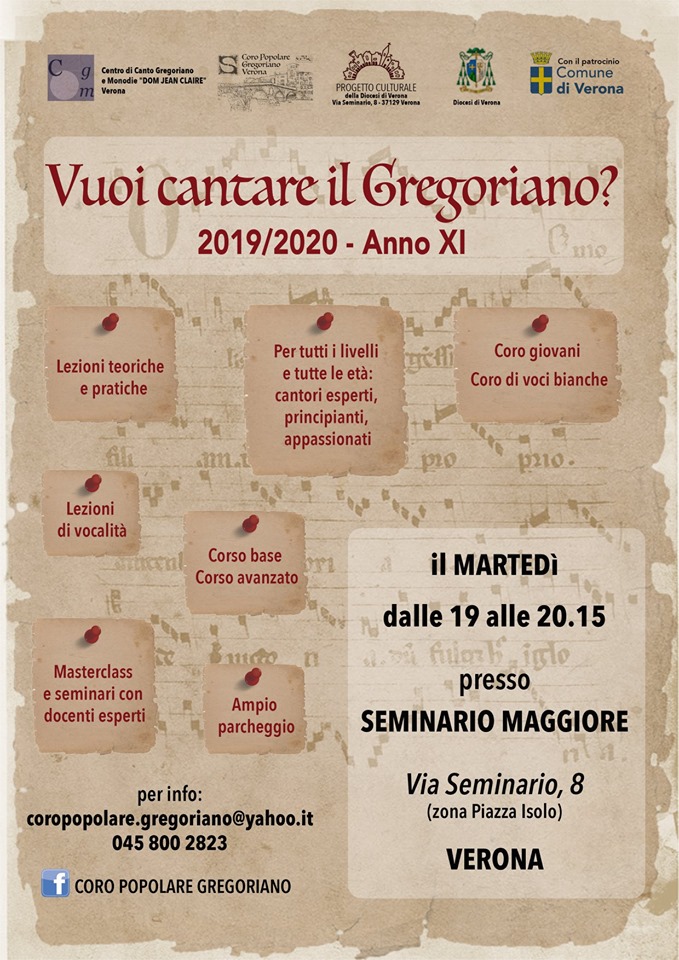