On the First Sunday of Advent 2014, the Church of the Resurrection began celebrating the (Novus Ordo) Mass ad orientem. What that means is that at times during the Mass, especially during the Eucharistic Prayer, the priest and the people face in the same direction, toward the “Liturgical East.” This change followed a period of catechesis and preparation that began two years earlier, when we reflected together on the powerful symbolism of praying toward the East. Inspired by Pope Benedict XVI’s book, The Spirit of the Liturgy, we began using what is often called the “Benedictine Altar Arrangement.” We placed six candles on the altar, with a crucifix in the center, to help remind us by the very manner of our prayer that we are not praying to each other but rather to the Father, through the Son, in the Holy Spirit. The recent change to celebrating ad orientem is helping accomplish this goal even more fully. 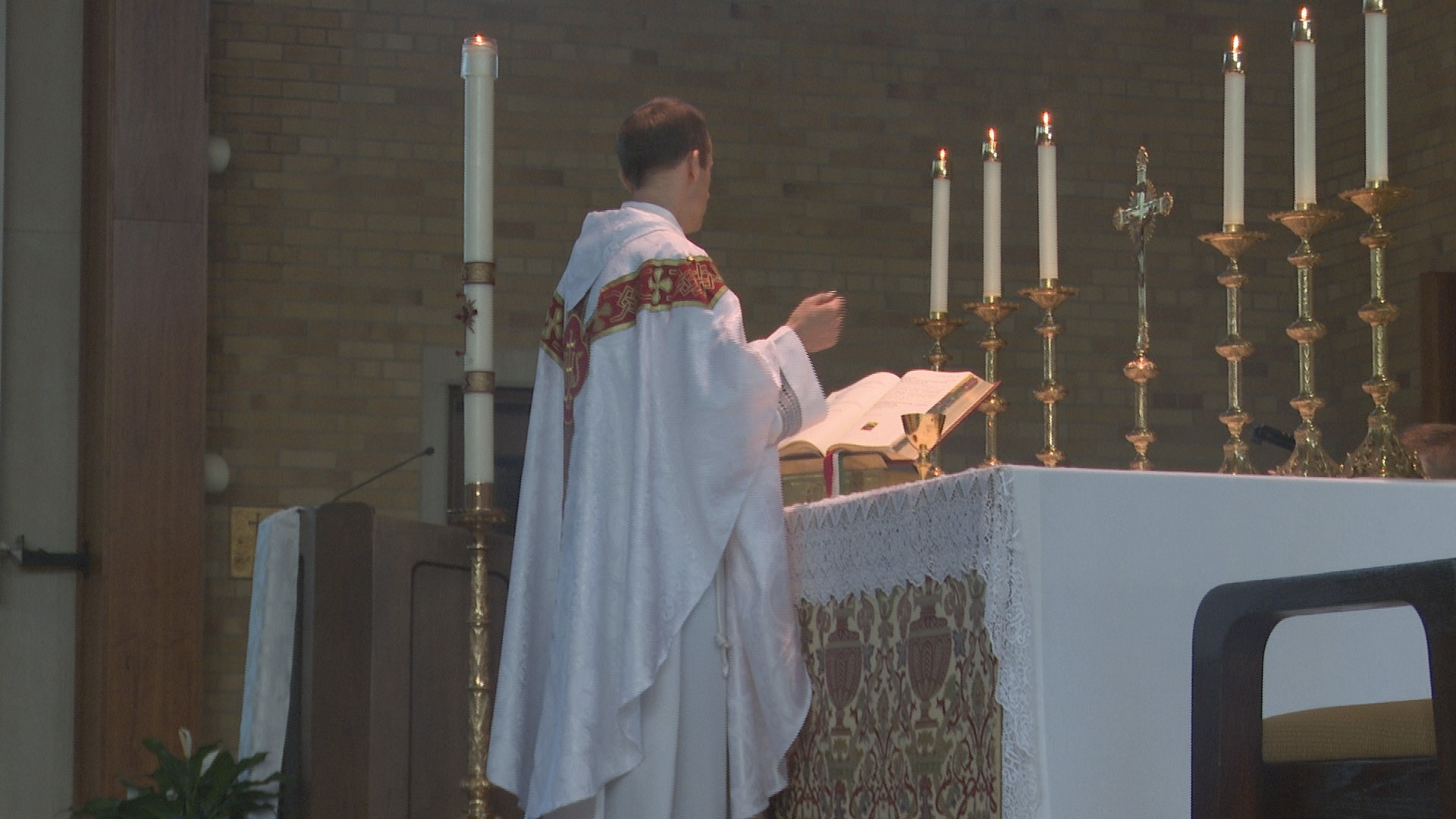