In the 2003 edition of the General Instruction of the Roman Missal (the governing document for how to celebrate the so-called “Ordinary Form” of the Roman Rite), there was a grudging admission that the faithful could receive kneeling:

The norm for reception of Holy Communion in the dioceses of the United States is standing. Communicants should not be denied Holy Communion because they kneel. Rather, such instances should be addressed pastorally, by providing the faithful with proper catechesis on the reasons for this norm.  (GIRM [2003], n. 160)

Due to a deluge of complaints that had reached the Congregation for Divine Worship and the Discipline of the Sacraments from U.S. Catholics, the USCCB was required to change this paragraph in the 2011 edition, where it now reads:

The norm established for the Dioceses of the United States of America is that Holy Communion is to be received standing, unless an individual member of the faithful wishes to receive Communion while kneeling. (GIRM [2011], n. 160)

That’s it – nothing else! So the idea that Catholics should be “catechized” about the norm of standing in order to make them conform to it has been dropped altogether. It is now simply left up to the individual Catholic whether he wishes to stand or kneel. (The same is true of whether to receive in the hand or on the tongue, about which there has never been the same level of controversy.) 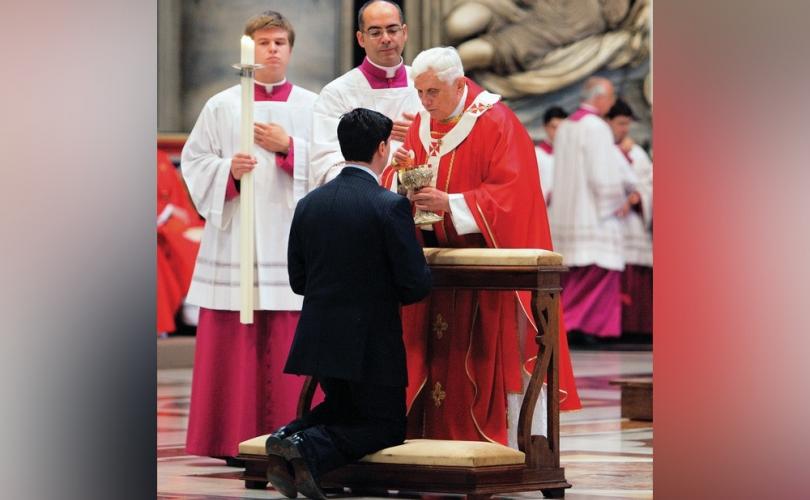